Over the last year, we have been working with external agencies to deliver workshops designed to raise awareness of issues which affect young people across Walsall. As an Academy, our approach is to be proactive rather than reactive, to provide young people with the information they need to keep themselves safe from harm.

As part of this programme , we are supporting a community-led project called iMatter2 which is funded by One Palfrey Big Local. The project is called 'TERRIERS'. Terriers is a partnership production delivered and produced by Liverpool’s Royal Court with  partners including; Merseyside Police, The Police and Crime Commissioner Merseyside as well as more recently Arts Council England. It aims to get young people thinking about the consequences of their actions, their attitude towards gang behaviour and the life choices they make. It raises awareness of gang related crime, and explores many issues faced by young people today, such as peer pressure, bullying, drugs and child exploitation. The play is a catalyst for young people, teachers, parents and youth workers to discuss debate and support young people to think about strategies to deal with these issues. Ultimately, it shows them they have a choice. At our request they will also include HBV, forced marriages and drugs.

Aldo is bright, witty and a gifted sportsman. He is also a member of his local gang, The Terriers. The Terriers are involved in a tit for tat rivalry with a gang just across the avenue called The DH Crew. Things are getting heavy and a DH Crew kid is shot. Now there’s open war. Aldo’s problem is there’s rumour and counter rumour and somehow the DH Crew believe he is the killer and they’re looking for him. He only has one option, to get armed. Or does he? The Terriers explores the immense pressure Aldo, and boys like him, are under from gang members. The play throws up the moral dilemmas and life changing decisions facing many young people today.

The subject matter covered in Terriers is serious and extremely relevant one character said “You hurt someone, then someone hurts you back”, which sums up one of the main causes of so many unnecessary gang-related deaths.

Here are some pictures taken from the production: 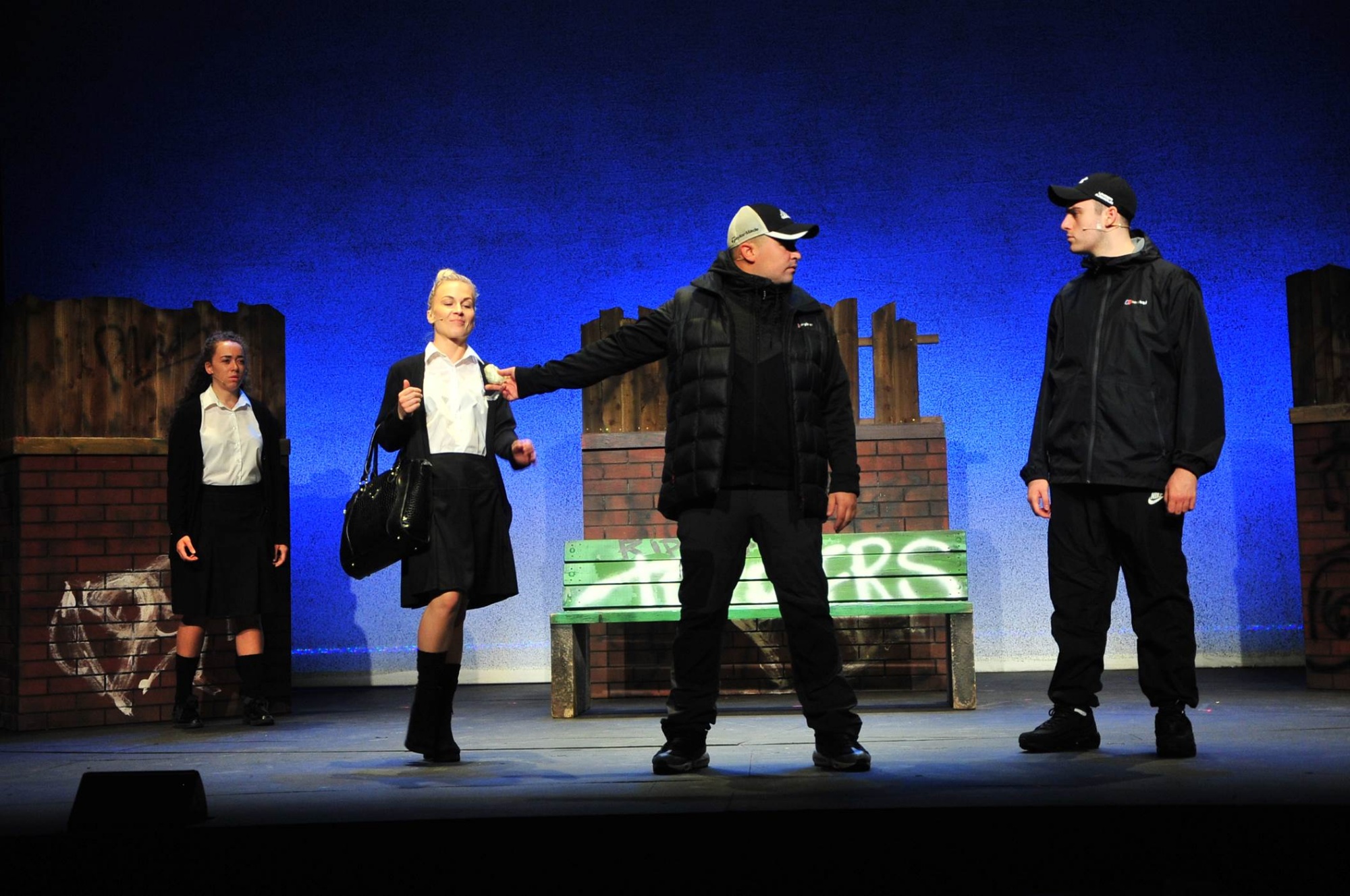 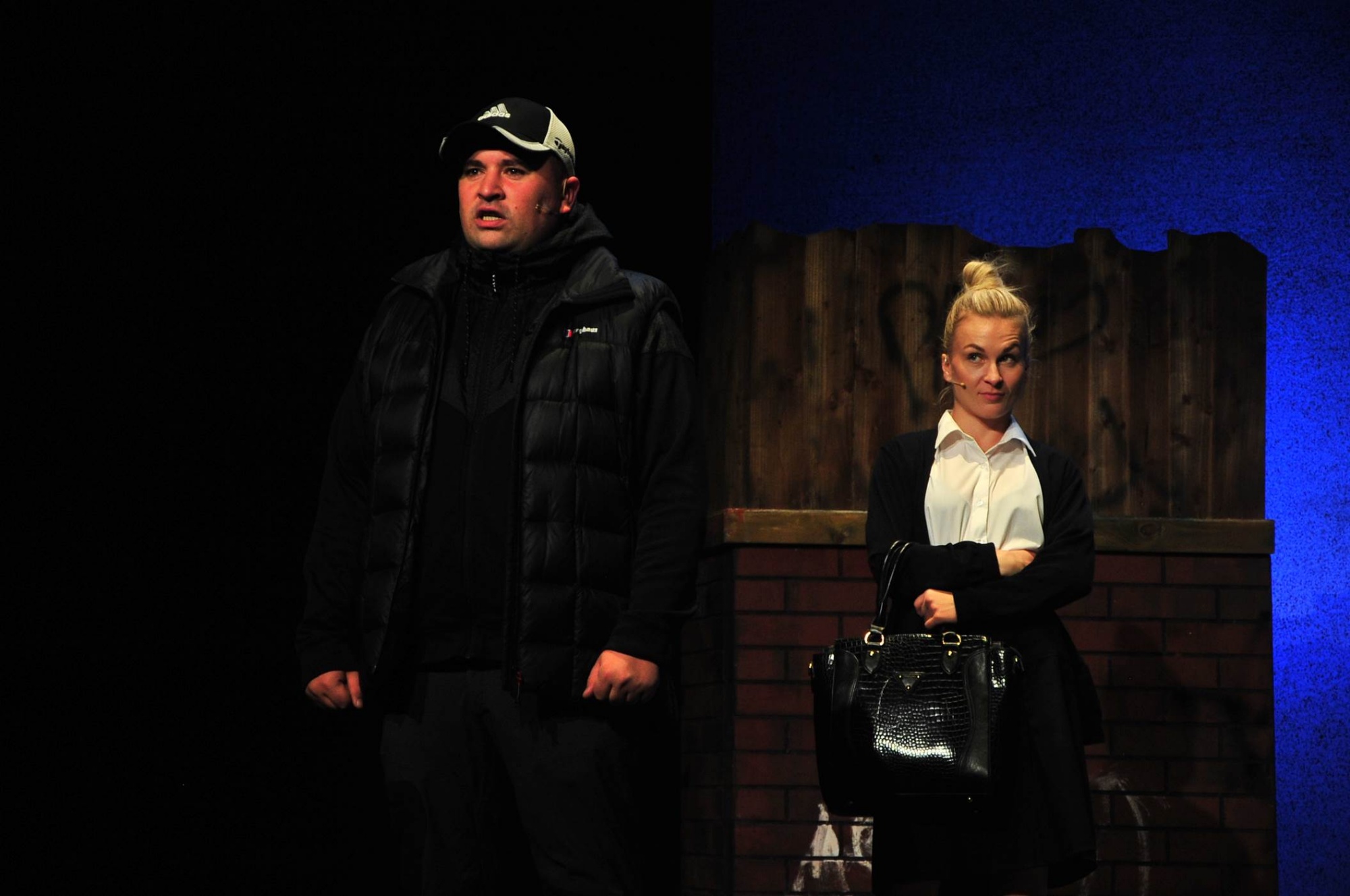 We appreciate that some students may have found the message within the presentation upsetting. However, it is essential that we raise awareness of this very important issue. As you may know, there are growing concerns about increasing cases of gang-related incidents. Gang and knife crimes are a reality within Walsall and across the UK. We hope that you will agree that our approach to keeping our students safe is one that you are able to support and that you will take the opportunity to discuss the presentation with your son or daughter.